The New Columbus Crew Stadium is the new home stadium for the Columbus Crew SC of Major League Soccer. The $300 million structure will seat 20,000 spectators and includes 30 suites and 1,900 club seats. Perhaps the biggest surprise is that the design is the starkest break from the brick and steel look of the Arena District, a tone set by Nationwide Arena and Huntington Park. The new Crew Stadium decidedly looks to the future with a space-age feel. 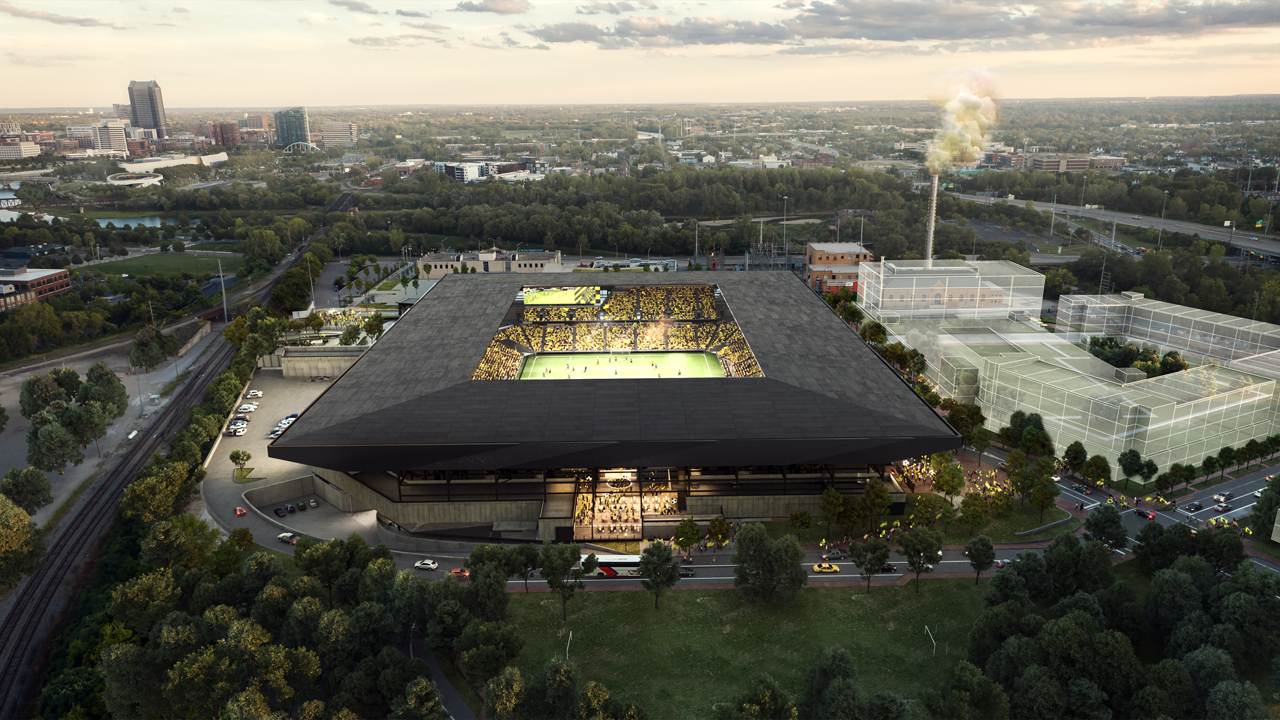 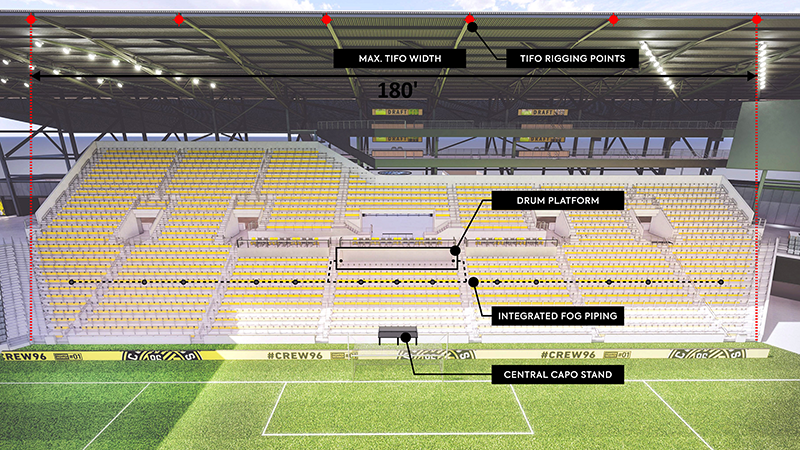 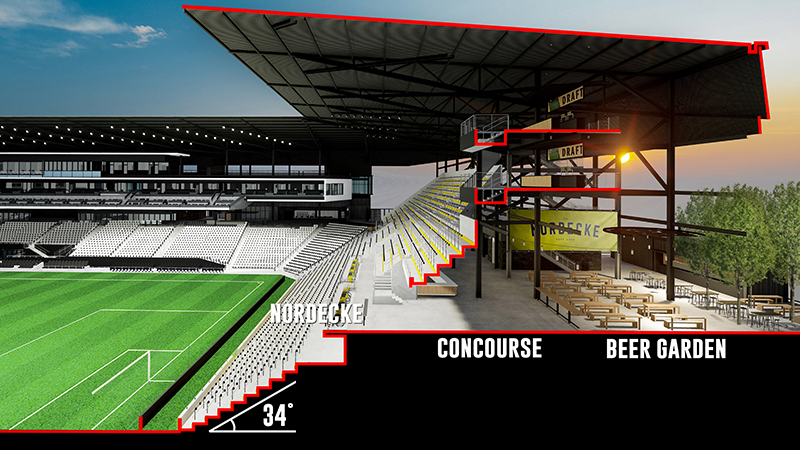 The location in the city’s Arena District – along the same Nationwide Boulevard axis as Columbus’ baseball and hockey facilities – will give spectators panoramic views of the downtown skyline to the east, however soccer will remain at the center of everything both metaphorically and literally.

The west stands add suites with outdoor seating hanging over the seating area below, an effect the team claims as a first. The premium seating options include club seats at the pitch- and concourse-level with access to lounges. On the east side, the stadium has more traditional seating options in the general admission and reserved seating area in addition to pitch-level club seats.

Opposite of the supporters, the south stands has two tiers of seats and a 5,000 square foot brew hall with views of the city. The brew hall is expected to be open on non-match days for community events.

A concourse wraps around the stadium, connecting all the stands and providing standing-room views of the game and the city. The stadium also has a public plaza outside that serves as the main fan entrance.

“The fans at the stadium are as close as possible to the pitch. The first row is eight feet closer to the pitch than at [the previous stadium]. And that cascades up to the upper bowl – even the upper bowl is 25 to 30 feet closer to the pitch than it was at [the previous stadium]. So the whole notion of being on top of the action is going to be so intimidating at this venue”
– Matt Schuepbach, Senior Project Designer at design firm HNTB.

“Really, as we think about the stadium and what it means to our community, we think it’s going to be a source of civic pride. This is something that is our giving back to Columbus, created for Columbus, to celebrate the Crew and the a city, and all that the city and the team have meant to each other, not just for the last 20 years, but as we look ahead into the future.”
–  Steve Lyons , Crew executive VP & Chief Business Officer. 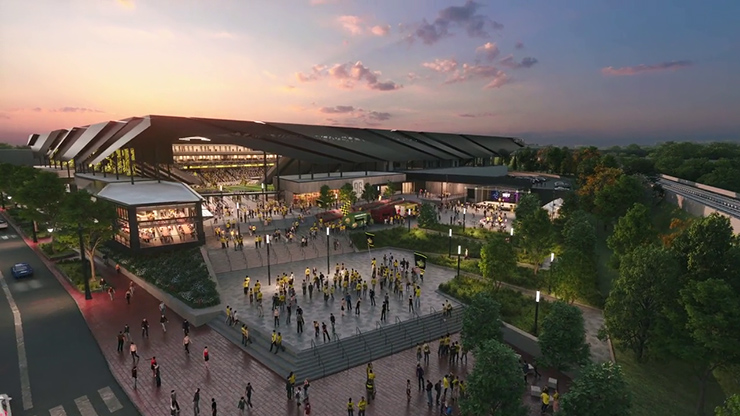